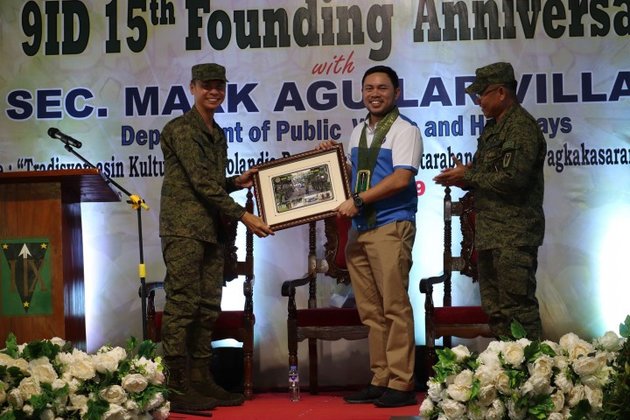 PILI, Camarines Sur, Oct. 7 (PIA)-- Department of Public Works and Highways (DPWH) Secretary Mark Villar assured the 9th Infantry (Spear) Division management under the headship of MGen. Fernando Trinidad, that he will relentlessly push for the completion of three (3) major projects allotted for the division under the 2020 budget.

These are the concreting of the main road leading to the division, construction of perimeter fence and putting up of a 2-storey building for the use of the personnel.

The allocation costs more than a million but Villar said that this is just a small gesture of appreciation as compared to the sacrifices of our soldiers who braved through the hinterlands, fought for peace and gave up their lives so that others may live peacefully.

MGen Trinidad in his speech, also honored his predecessors and those who died defending the country from the enemies.

"As we face another year of service in securing our people and their communities, may we acknowledge the pioneer leaders and soldiers of this command who have shaped the glorious history of the 9ID. Let me also take this opportunity to honor our fallen comrades who have paid the ultimate sacrifice that can never be repaid in attaining the security and stability of the region," Trinidad added.

Villar, who was invited as guest of honor and keynote speaker during the 9ID 15th Founding Anniversary, Oct. 4 Friday at Camp Elias Angeles, here said that these sacrifices are recognized and acknowledged by the government - the reason why President Rodrigo Duterte is giving its full support to the Philippine Army to attain their vision of being the premier army institution in the land and to achieve the military institution's over- all mandate.

In as far as serving the nation is concerned, Villar said that DPWH also values their partnership with the Filipino army, and in turn, they are going to give back all these sacrifices thru the various infrastructure projects that will be built in all army camps in the country as a manifestation of the government's support to all the army's undertakings.

He ended his speech with an assurance. 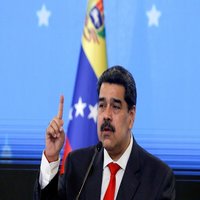